The Enduring Soldiers Accursed by the Communists 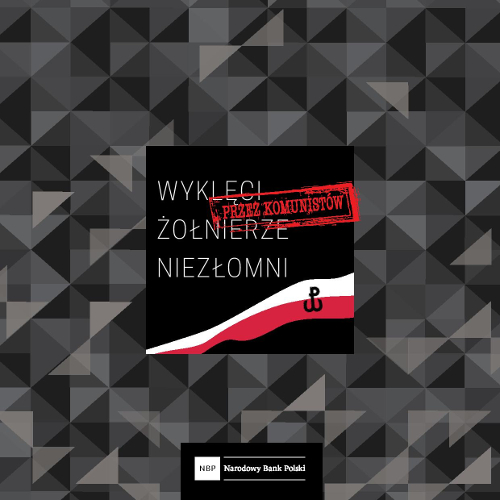 The name “Enduring Soldiers” or “Cursed Soldiers” is used to refer to the post-war Polish independence and anti-Communist underground movement. Even though World War II had formally ended, as many as 200,000 soldiers of the Second Polish Republic continued to fight for a free Poland. The struggle against the Soviets and their Polish collaborators went on for the next 10 years, i.e. until the mid-1950s. Between 1945-1947 the guerrillas were often the sole masters of the territory. Their principal goal was to defend Poles against Soviet terror – plundering, rape and murder.

The majority of these had already begun their struggle for Poland during the defensive war against the Germans and Soviets in September 1939. Some joined the underground army in the successive years of the occupation. They all swore an oath of allegiance to the Republic of Poland, and steadfast defended the values of “God, Honour and Fatherland” until the end. Among them were nationalists, Christian democrats and peasant activists, as well as supporters of Piłsudski and socialists – the entire spectrum of pre-war Poland, excluding, of course, communists, who already had a hostile attitude to the Polish state during the Second Polish Republic.

As the war was drawing to an end and the scales tipped in favour of the Allies, it became clear (especially after the fall of the Warsaw Uprising) that the Soviet Red Army had no intention of liberating Poland and that its secret service agency, the NKVD, had other aims than assisting the Home Army in combating the Germans. Thus, despite the capitulation of Nazi Germany in May 1945, the fight for Poland’s freedom and independence continued, also in the eastern territories of the pre-war Poland incorporated into the Soviet Union.

They had to fight in an extremely difficult and as it turned out hopeless situation – with the Soviet empire pacifying Poland on the one hand, and the West, which had betrayed the country, leaving it at the mercy of Stalin, on the other hand. The hopes for World War III – a conflict between the West and the East – were also soon dispelled. Communist activity (widespread terror, rigging the “3 x Yes” referendum of June 1946 and the parliamentary elections of January 1947) left no doubts as to the real intentions of the new authorities imposed on Poland. Moreover, amnesties declared by the Communists for armed Polish soldiers were a trap. Coming out of hiding meant death or at best – imprisonment and repression. However, soldiers remained faithful to the Republic of Poland to the end – either by remaining at their posts in the underground or maintaining their dignity during investigations. “The value of a struggle,” according to Prof. Henryk Elzenberg, “is not in the chances for the success of the cause for which it was taken up, but in the greatness of the cause.”

The balance of this uneven fight was tragic – over 20,000 Enduring Soldiers died in battle. Tens of thousands more ended up in torture cells of the NKVD or Poland’s Department of Security (Urząd Bezpieczeństwa) or Military Information and in labour camps, and many were deported to the Soviet Union. Those who did not surrender to the Soviet invaders – commanders and soldiers, priests, political activists, as well as scouts and school students – faced repression, long-term imprisonment and very often death. As with the Polish officers executed in Katyń, not only did Poland lose soldiers, but for the second time also its elites and high command. In civilian life, the Enduring Soldiers were clerks, engineers, lawyers, artists...

More and more often historians tend to refer to the struggle of the Enduring Soldiers as the last Polish uprising – the anti-Soviet uprising. Its idea, character and territorial range closely resembles the January Uprising of 1863. Not only did the Soviets and their Polish collaborators murder them, but they also tried to kill any memory of them. In the end the Communists’ diabolical plan to wipe out every trace of them, to efface them from history and to accurse them did not succeed. Today the Enduring Soldiers are gradually regaining their place in the consciousness of Poles.