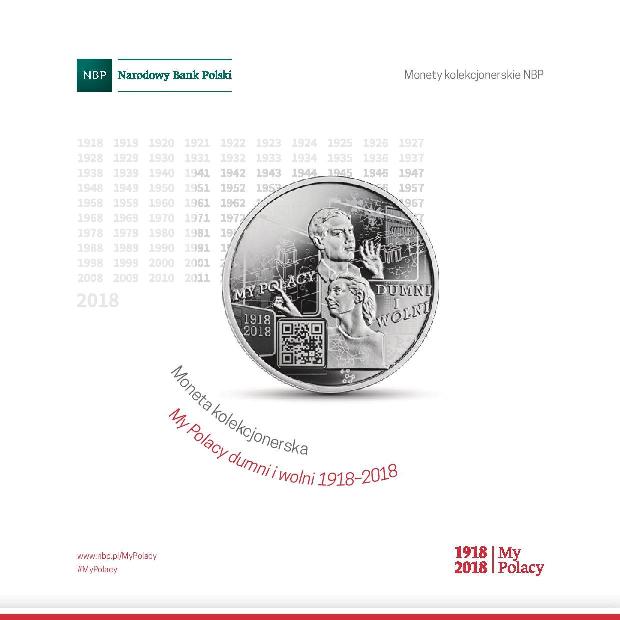 One hundred years ago, we regained our independence. Successive generations of Poles had fought for it and had worked tirelessly, both at home and abroad, in order to ensure that the Polish cause was not erased from European memory and politics. The generation that won independence for Poland, known as the rebellious generation, is represented by the two founding fathers of Independent Poland – Roman Dmowski and Józef Piłsudski. Before 1914, that generation made an attempt to overcome the widespread apathy, mobilizing the whole society to constantly prepare for the moment when the external political situation once again would put the Polish cause on the agenda. When that happened, as a result of the outbreak of World War I and its prolonged duration, Polish politicians were able to lay the foundations for the Polish civil administration and the future Polish Army, which emerged from organizations such as the Polish Legions and the Blue Army. As a result of diplomatic action by the Polish National Committee, led by Roman Dmowski and Ignacy Jan Paderewski, the Polish cause was brought to a successful conclusion. In November 1918, Poland – even though it was yet to reappear on the political map of the world – found itself among the victors of World War I, alongside France, the United Kingdom and the United States, and participated in the decisions of the Versailles Peace Conference.

This success would not have been possible without the involvement of millions of Polish people who joined the efforts to create the Polish Republic. The borders of the Polish state were shaped not only thanks to the participation of the elites, but also thanks to the Polish patriots coming from all social strata and all territories: the Polish insurgents fighting in the Silesian Uprising, the Greater Poland Uprising, the Sejny Uprising as well as the Lwów Eaglets and the Przemyśl Eaglets, thanks to the inhabitants of the Cieszyn Silesia and Pomerania regions, as well as the entire Polish Eastern Borderlands, thanks to all the people involved in the plebiscites. Poland was reinstated also thanks to the public officials appointed by the Regency Council and thanks to the Polish Army, fighting in the East and in the West, thanks to the diplomacy and the dozens of professionals and experts, including economists and historians, who supported the main Polish negotiators in Versailles with their authority. We won back Poland thanks to the supporters of the National Democracy and the supporters of Piłsudski’s camp, thanks to those supporting the People’s Party and the Socialists, thanks to Conservatives and Christian Democrats, thanks to local government officials and national politicians, members of the Legislative Sejm and members of the Ignacy J. Paderewski government. In the field of charity work, exceptional contributions were made by individuals such as Henryk Sienkiewicz, Sister Urszula Ledóchowska and Fr. Marceli Nowakowski, and in the area of youth work – by the founders of scouting associations, including Olga and Andrzej Małkowski and Fr. Kazimierz Lutosławski. The Polish national liberation movement also involved the participation of thousands of Catholic Church priests, including social and political activists and military chaplains, such prominent figures as Bishop Władysław Bandurski, Fr. Józef Prądzyński and Fr. Ignacy Skorupka, as well as bishops, including the Bishop of Kraków Adam Stefan Sapieha and the Archbishop of Warsaw Aleksander Kakowski. The universal nature of the efforts to preserve the reborn Polish state was confirmed by the course of the Polish-Bolshevik war of 1920, during which the Volunteer Army was established, and the population united in prayers before the images of the Blessed Virgin Mary. The unity of national feeling rendered impossible the goal of the Bolsheviks and their agitators in Poland to arouse the desire to destroy Poland among the broader sections of Polish society.

Our proud and free nation proved capable of rising above its weaknesses and quarrels, and at key junctures embraced humble attitude and unconditional service to the Polish cause. The past explains the present. If we want to be proud and free today, we must celebrate the 100th anniversary of regaining independence in a conscious way, learning about our history. As a result, we will be able to better understand that beautiful word: patriotism.