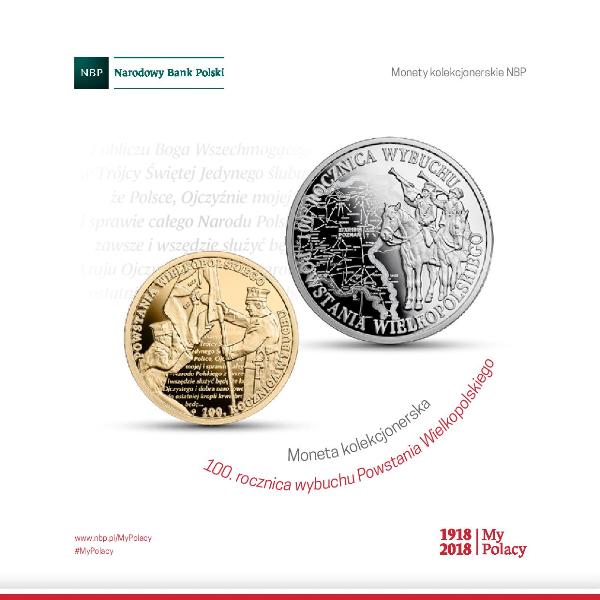 11 November 1918 brought the end of World War I. Despite Germany’s capitulation, the province of Greater Poland was still under occupation and its future was to be decided at a peace conference. However, the anarchy in the German army and the outbreak of the German revolution created favourable conditions for the armed struggle for the incorporation of Greater Poland into the Polish state. In Poznań Poles set up a Workers’ Council and a Supreme People’s Council headed by a Commissariat, while on 13 November they took over the German-dominated Soldiers’ Council. On 3 December the Sejm of the province convened in Poznań. It was a parliament representing those Poles who still remained within German borders and the march of its delegates became a prelude to the uprising. On 26 December 1918 Ignacy Jan Paderewski arrived in Poznań to an enthusiastic welcome. The following day Polish crowds gathered in front of the place he stayed in, the Bazar Hotel. German soldiers and civilians reacted by organizing counter-manifestations, vandalising Polish premises and tearing down Allied flags. An exchange of fire took place in front of the Police Headquarters, and the first fatalities were recorded. This is how the uprising began, with Major Stanisław Taczak becoming its commander and taking charge of coordinating the fighting in the whole of Greater Poland.

In mid-January 1919 the command was transferred to General Józef Dowbor-Muśnicki. He created the Greater Polish Army, with its distinct uniforms, high caps, eagles and characteristic club-shaped rank distinctions. Fighting engulfed the territory between Kępno in the south, Międzychód in the west, the Noteć river in the north and the former Russo-German border in the east. Truce was signed on 16 February 1919 in Trier. Pursuant to the Treaty of Versailles, the Greater Polish Army was recognised as an Allied formation and the territory occupied by the insurrectionists was incorporated into the Polish state.

Having returned from the front, the Greater Poland insurrectionists moved immediately to other theatres of war, participating in the fight for Lwów, the war with the Bolsheviks and the 3rd Silesian Uprising. Thus they contributed to the establishment of the frontiers of the Second Polish Republic. The reverse of the silver coin depicts trumpeters from the orchestra of the Third Greater Poland Uhlans Regiment against the map illustrating the shifting frontlines. The obverse features a stylised eagle adopted as an emblem by the insurrectionists next to the present-day Eagle established as the emblem of the Polish state.

On the reverse of the gold coin General Józef Dowbor-Muśnicki, Commander- in-Chief of the Polish Armed Forces of the former Prussian Partition, hands a banner to General Filip Dubiski, commander of the 1st Division of Greater Poland Rifles. In the background there is a fragment of the text of the oath taken by the Greater Polish Army on 26 January 1919 in Poznań. The obverse features the eagle adopted as an emblem by the insurrectionists next to the present-day Eagle established as the emblem of the Polish state. On the right there is a clubshaped distinction from a general’s cap.

Robert Gaweł, senator of the Republic of Poland