100th Anniversary of the National Flag of Poland 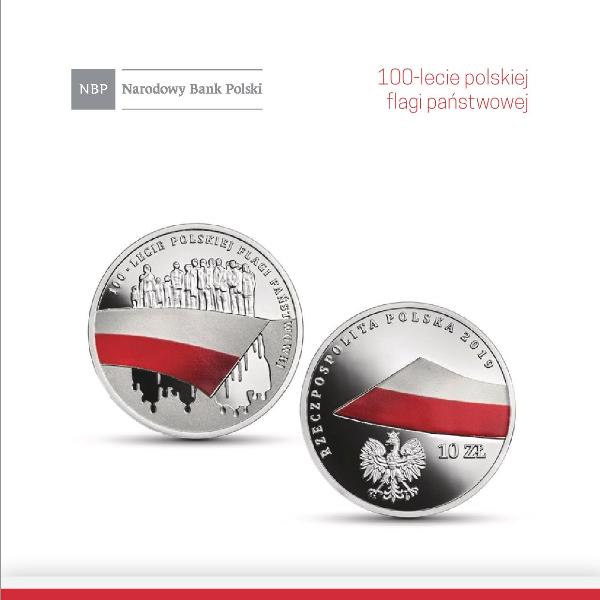 The Polish white-and-red flag is only 100 years old, even though it is the simplest sign symbolising the White Eagle, which has been the emblem of Poland for eight centuries. The upper white stripe of the flag symbolises the Eagle, while the red one symbolises the colour of the escutcheon. The flag in the form in which it is used these days was introduced only after Poland regained its independence following the partitions. In the Middle Ages, the ensign carried by knights of the Polish kingdom would differ from the ones representing individual lands or the most eminent families. When writing about the Battle of Grunwald, Jan Długosz mentioned “a huge ensign, bearing a meticulously embroidered white eagle with its wings stretched out, its beak open and a crown on its head, as the coat-of-arms and the emblem of the entire Kingdom of Poland”. Next to it, on the fields of Grunwald stood Polish knights numbering forty companies and the same number of companies of Lithuanian and other knights. Following the Union of Lublin, whose 450th anniversary Poland celebrated in 2018, a new ensign comprising three horizontal stripes – red, white and red – became the ensign of the Polish knights. At its centre, a four-field coat-ofarms of the Commonwealth was placed, with two White Eagles and two Lithuanian Chasers (Pahonia) placed diagonally in red fields. Often, a smaller emblem with the personal (family) coat-of-arms of the elected king was placed on the ensign. The composition of white and red as national colours was first used on a wider scale in 1792, during the celebrations of the first anniversary of the passing of the Constitution of 3rd May. In 1831, the Sejm of the Congress Kingdom of Poland adopted a white-and-red cockade as the official national symbol. The design of the flag used these days was only introduced by the Legislative Sejm of the reborn Republic of Poland on 1 August 1919. In the first act on the coat-of-arms and the national colours of the Republic of Poland, the following was written: “The colours of the Republic of Poland shall be white and red in horizontal stripes arranged lengthwise, of which the upper is white and the lower is red.” Two years later, the ministry of military affairs issued a brochure in which the shade of red was defined as crimson. In 1955, the shade of red was changed to a more brick-red cinnabar, and in 1980, the shade was regulated simply as: “red”. The white-and-red flag, as the simplest and clearest symbol, accompanies Poles at the moments of the highest importance to the Nation and the State.