The Return of Gold to Poland 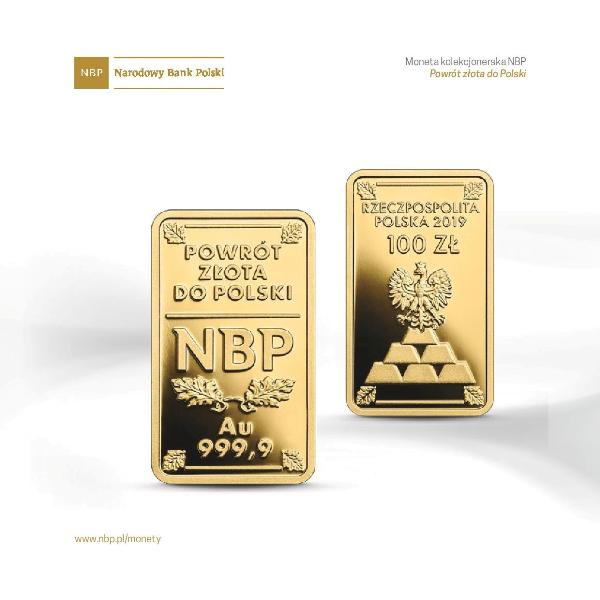 The strategic decision to purchase gold was, among others, a result of the good economic situation and the steady increase in reserve assets. Gold is perceived as a strategic component of foreign exchange reserves, partly because it is free from loan risk defined as the possibility of issuer default, because of its decoupling from the economic policy of any single country, as well as its physical properties, such as durability and virtual indestructability.

The significant increase in the holdings of gold was one of the reasons why the Management Board of NBP decided to have it stored in more numerous locations, with the goal of approximately half of the gold reserves, i.e. 100 tons, being stored in NBP vaults. This is the way that other central banks proceed as well.

In a symbolic sense, history may be considered to have come full circle, with Polish central bank vaults holding gold like they did in the Second Polish Republic.

The presence of a significant share of Polish gold reserves on the territory of Poland in NBP vaults has been highlighted by the issue of a special coin in the form of a gold bar.

This exceptional coin is also our homage paid to the workers of the pre-war Bank Polski SA (Bank of Poland) who, putting their lives at risk, persevered in preventing the gold holdings from being taken over by the German occupiers.