10th Anniversary of the Smolensk Tragedy 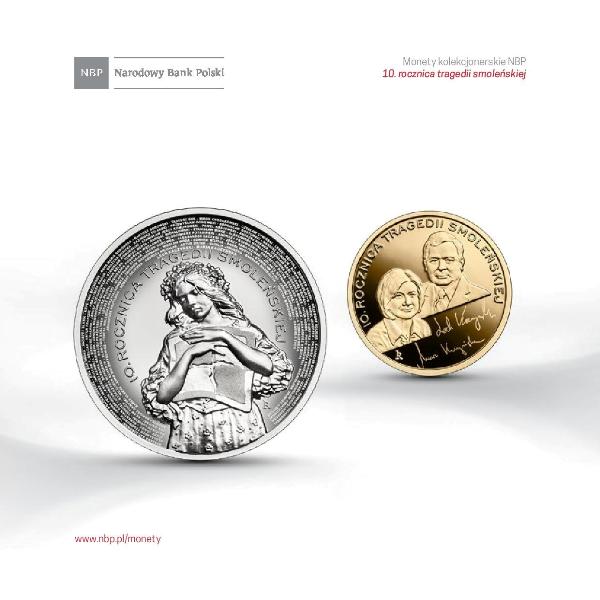 Nations and states endure and deserve a place in history as long as they preserve the memory of their ancestors and as long as they are able, in the name of deeply understood values of truth and goodness, to pay homage to those who proved their love and devotion to their homeland through their lives.

In the name of such a memory, a delegation of representatives of the elite of a free Poland, headed by the President of the Republic of Poland, Lech Kaczyński, the First Lady, Maria Kaczyńska, and the last President of the Republic of Poland in exile, Ryszard Kaczorowski, went to Katyń on 10 April 2010. They intended to pay tribute to the victims of the Katyń massacre, citizens of the Second Republic of Poland murdered by a shot in the back of the head by Soviet soldiers in 1940. The presidential delegation included deputy Speakers of the Sejm and Senate, representatives of the Parliament, commanders of all branches of the Polish Armed Forces, employees of the Chancellery of the President, heads of state institutions, including NBP President Sławomir Skrzypek, representatives of ministries, of veterans’ and social organisations, as well as clergy and accompanying persons.

At 8:41 a.m. Polish time, the presidential plane crashed when attempting to land at the Smolensk airport. 96 people died.

We do not yet have full information on the causes of the disaster. The plane wreck was not handed over to Polish investigators by the Russian authorities. It is not possible to interrogate the Russians from the control tower, and any attempts to reach the truth are thwarted by Russian propaganda versions of the tragedy.

Although being 70 years apart, two events in our history are connected forever: the Katyń massacre and the tragic death of the members of the official presidential delegation near Smolensk.

On the 10th anniversary of the Smolensk tragedy and the 80th anniversary of the Katyń massacre, it is worth recalling the words of Bishop Antoni Pacyfik Dydycz delivered in Warsaw Cathedral during his homily dedicated to the victims of the tragedy: “Memory cannot be suppressed. This has failed in relation to the martyrs of Katyń, and it cannot succeed in relation to those who made their pilgrimage to the site of the massacre. And despite not reaching the graves themselves, with their martyrdom in a just cause they first revealed the horror of what happened 70 years ago and then laid down their lives, making a pilgrimage with a sense of duty to shake the conscience of the whole world”.

Memory understood in this way is one of the cornerstones of the nation’s and state’s existence. Such an understanding of the duty to cultivate memory is a proof of sovereign thinking, which creates an independent state. This is how President Lech Kaczyński understood the importance of cultivating memory.

The following words, which still remain valid today, were supposed to be spoken in the undelivered speech: “It is thanks to the Katyń Families. Their efforts to preserve the memory of their loved ones, and thus also the memory and identity of Poland. Thanks to the young. [...] Thanks to those teachers who – despite the prohibitions – told children the truth. Thanks to the priests [...]. Thanks to printers of underground publications. Thanks to many independent initiatives of the »Solidarity« movement. Millions of parents telling their children the true history of Poland”.

Our patriotic duty is to preserve in our personal and collective memory those who died in Smolensk. They wanted to bear witness to the truth about the Katyń massacre. The tragedy of their death puts a responsibility on us to commemorate and remember them with dignity. Over the years we have been united in prayer for the victims of the tragedy on the consecutive tenth days of the month, on successive anniversaries.

We remember with sadness, but also with respect, the 96 people who represented the majesty of the Republic of Poland with dignity.