Banknotes in Circulation in Poland 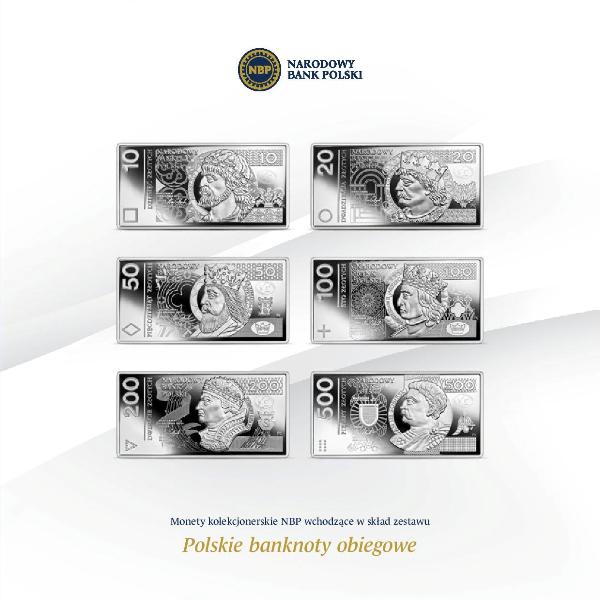 We had all been millionaires until 31 December 1994, as prices and wages were nominally expressed in millions of zlotys. A day later a redenomination of the Polish złoty was carried out. On 1 January 1995, a banknote of a face value of 10,000 złoty turned into a 1 złoty coin, and 1,000,000 złoty was a 100 new złoty. Even a grosz gained in value. In 1995, banknotes of the denominations of 10 zł, 20 zł, 50 zł, 100 zł and 200 zł were put into circulation, whereas a 500 złoty banknote was introduced into circulation in 2017. By tradition, the new series with the images of Polish rulers on banknotes was designed by Andrzej Heidrich, the “king of Polish banknotes”.

Andrzej Heidrich (1928–2019) began to collaborate with Narodowy Bank Polski in 1960. Over the years, he was commissioned by NBP to make dozens of banknote drawings and designs, however only in 1975 the banknote designed by him was put into circulation. It was a 500 złoty note depicting Tadeusz Kościuszko – the designer’s favourite banknote. Andrzej Heidrich designed the banknote series called “The Great Poles” (in circulation until 1996) and “The Polish Rulers” (in circulation from 1995 till the present day).

The stylised images of banknotes which are currently in circulation – of the face values of 10 zł, 20 zł, 50 zł, 100 zł, 200 zł and 500 zł – are presented on collector coins that make up a set of coins called “Banknotes in Circulation in Poland”..