750th Anniversary of the Incorporation of Kraków 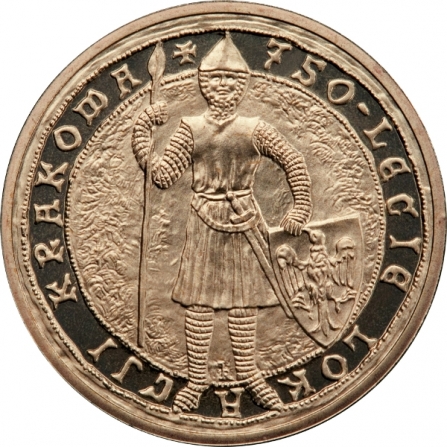 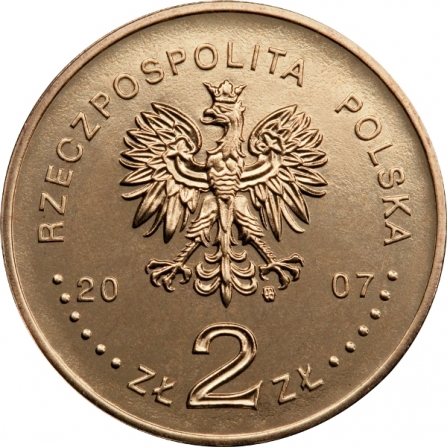 Subject: no
Face value: 2 pln
Alloy: (CuAl5Zn5Sn1) NG
Diameter: 27 mm
Weight: 8.15 g
Finish: standard
Mintage: 1200000 pcs
On the edge: an inscription, NBP, repeated eight times, every second one inverted by 180 degrees, separated by stars
Additional: no
Date of issue: 2007-05-22
Issue price: 2 pln
A stylised image of a part of the seal of Prince Bolesław the Shy. In the rim, a semicircular stylised inscription, 750-LECIE LOKACJI KRAKOWA, ending with a small X.

Designer: Robert Kotowicz
An image of the Eagle established as the State Emblem of the Republic of Poland. At the sides of the Eagle, the notation of the year of issue, 20-07. Below the Eagle an inscription, ZŁ 2 ZŁ, an inscription in the rim, RZECZPOSPOLITA POLSKA, preceded and followed by six pearls. The Mint's mark under the Eagle's left leg, m/w. 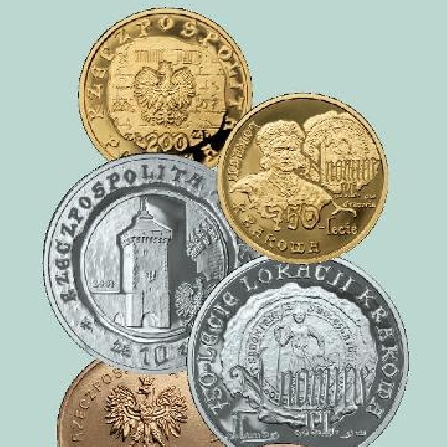 On 5 June 1257, the Duke of Cracow and Sandomierz Bolesław Wstydliwy [Bolesław the Shy] together with his mother, Duchess Grzymisława, and his wife Kinga, issued an incorporation charter for Cracow. The said act took place in the village of Kopernia near Szydłowiec, at the gathering where it was witnessed by Prędota, the bishop of Cracow, as well as by dignitaries from Cracow and Sandomir [Sandomierz]. Cracow was incorporated under the Magdeburg Law, just as the town of Wrocław [Breslau] was. The document laid down the rights and duties of Vogte (those were chiefs and administrators, entrusted with the incorporation duties) and the city dwellers. Both the administrators and city dwellers were awarded numerous privilegies and temporary exemptions from the payments of ...