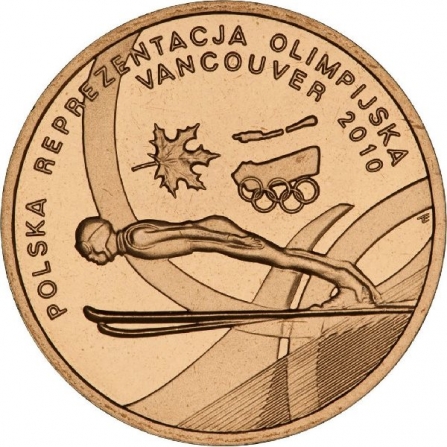 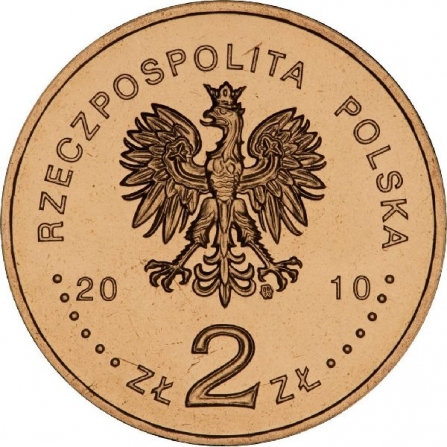 Subject: no
Face value: 2 pln
Alloy: (CuAl5Zn5Sn1) NG
Diameter: 27 mm
Weight: 8.15 g
Finish: standard
Mintage: 1400000 pcs
On the edge: an inscription, NBP, repeated eight times, every second one inverted by 180 degrees, separated by stars
Additional: no
Date of issue: 2010-02-01
Issue price: 2 pln
In the central part, a stylised image of a male ski jumper. Above, a stylised image of a maple leaf and a stylised logo of the Polish Olympic Committee. At the top, a semicircular inscription, POLSKA REPREZENTACJA OLIMPIJSKA/VANCOUVER 2010 (Polish Olympic Team/Vancouver 2010). 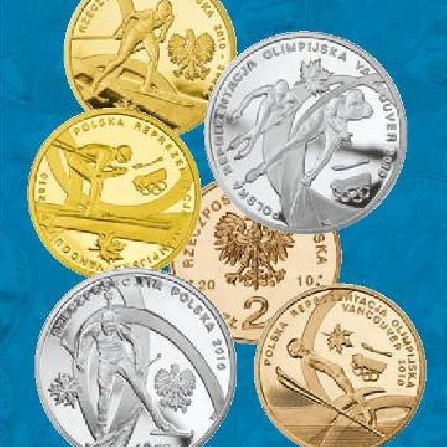 On 12-28 February 2010, the Canadian cities of Vancouver, the neighbouring Richmond and the resort municipality of Whistler, which is a bit over 100 km away, will host the participants of the already 21st Winter Olympic Games. The hosts did their utmost to ensure their guests best possible conditions. All the sport venues were ready a year ahead of the Olympics. They also passed the first tests, primarily during the World Cup competitions and the world championships.

For the first time in history, the opening and closing ceremonies of the Olympic Games will be held in a closed-roof stadium. The events will be watched by almost 60,000 spectators from the stands of the grand BC Place stadium at the centre of the capital of British Columbia. The organisers ...