The Battle of Warsaw [2]

90th Anniversary of the Battle of Warsaw 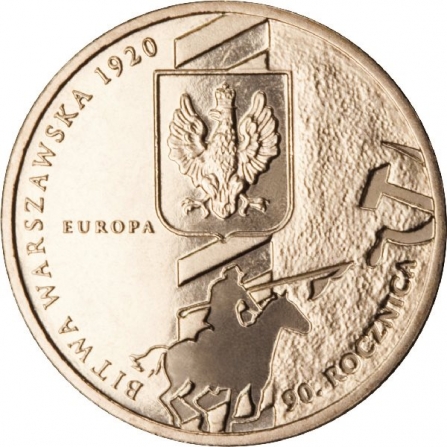 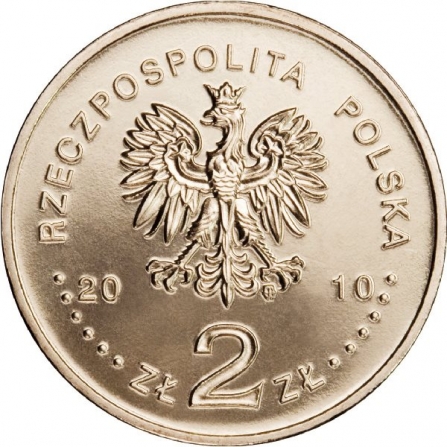 Subject: no
Face value: 2 pln
Alloy: (CuAl5Zn5Sn1) NG
Diameter: 27 mm
Weight: 8.15 g
Finish: standard
Mintage: 1200000 pcs
On the edge: an inscription, NBP, repeated eight times, every second one inverted by 180 degrees, separated by stars
Additional: no
Date of issue: 2010-08-09
Issue price: 2 pln
In the centre, a stylized image of a border post, with the Polish state emblem as appeared during the Polish-Soviet War. Against the background of the border post, at the bottom, a stylized image of a soldier on horseback, holding a lance with a pennant. To the left of the border post, an inscription: EUROPA (Europe); to the right, an image of a fragment of a hammer and a sickle. On the left-hand side, a semi-circular inscription: BITWA WARSZAWSKA 1920 (Battle of Warsaw 1920). At the bottom, to the right, a semi- circular inscription: 90. ROCZNICA (90th Anniversary). 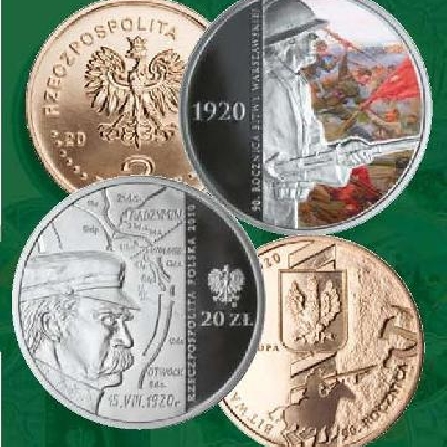 The Battle of Warsaw of 1920 was not only a decisive armed clash of the Polish-Soviet war but also a key factor which determined the subsequent course of history of the Polish people. Poland's victory over the Bolsheviks saved Europe from the risk of forced imposition of the unwanted socio-political system. The year 1920 saw a military confrontation of Soviet Russia and the Republic of Poland. The Polish state sought to fight the Bolsheviks and reduce the threat posed by Russia for centuries. Whereas the Chief of State and Commander-in-Chief of the Armed Forces Józef Piłsudski aimed to exclude Ukraine and Lithuania from the sphere of Soviet influence, the intention of Russia's Bolshevik authorities was to spread the communist revolution across Europe, ...