150 Years of Cooperative Banking in Poland 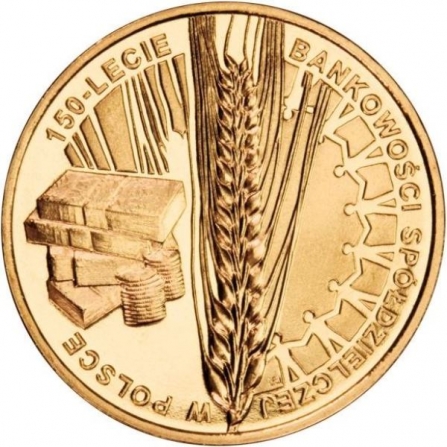 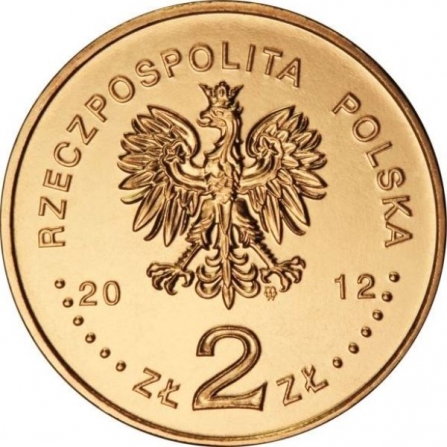 Subject: no
Face value: 2 pln
Alloy: (CuAl5Zn5Sn1) NG
Diameter: 27 mm
Weight: 8.15 g
Finish: standard
Mintage: 700000 pcs
On the edge: an inscription, NBP, repeated eight times, every second one inverted by 180 degrees, separated by stars
Additional: no
Date of issue: 2012-02-23
Issue price: 2 pln
In the centre, a stylised ear of grain. In the background, its mirror reflection. On the left, stylised images of banknotes and coins. On the right, in a semicircle, stylised images of human silhouettes holding hands. Along the rim, an inscription: 150-LECIE BANKOWOŚCI SPÓŁDZIELCZEJ W POLSCE (150 years of cooperative banking in Poland). 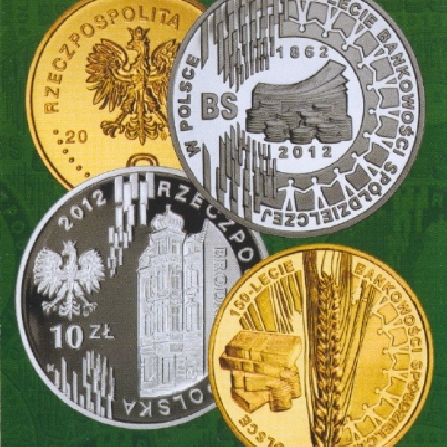 The idea of financial self-help had evolved in Poland since the 15th century. In 1577 Rev. Wawrzyniec Białobrzeski set up the Ostrołęka Cheap Loan Foundation. The 16th century also saw the formation of religious banks offering interest-free loans out of a pool of donations of the faithful and guaranteed by forfeits. At a later time charitable organisations made no-interest loans to peasants whose repayment was jointly and severally secured by farmers living in the same village.

In Poland typical credit unions began to emerge out of the need to protect interests of small farmers and artisans against competition from the large-scale capitalist industry. Financial selfhelp manifested itself, among other things, in establishing funds without any support ...