Denarius of Boleslaw I [5]

Denarius of Boleslaw I the Brave 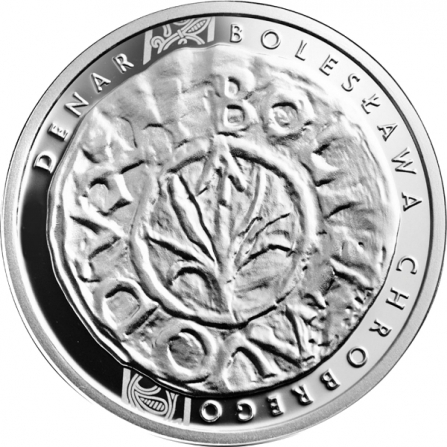 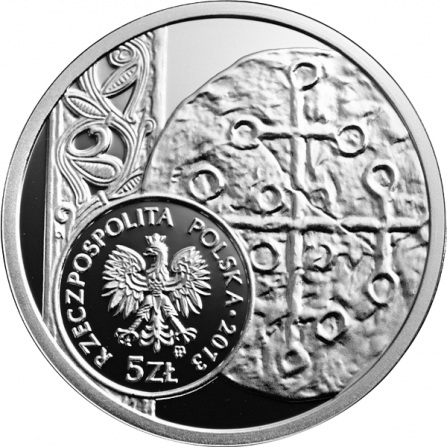 Subject: History of Polish Coin
Face value: 5 pln
Alloy: 925/1000 Ag
Diameter: 24 mm
Weight: 7.07 g
Finish: proof
Mintage: 20000 pcs
On the edge: smooth
Additional: no
Date of issue: 2013-06-20
Issue price: 95 pln
In the centre, a stylised image of the obverse of the denarius of Boleslaw I the Brave with a stylised image of an arrow with six stylised twigs on its sides and a partially illegible inscription along the rim. On the left, at the top and at the bottom, fragments of a vertical band with a decorative motif in the Roman style. Along the rim, an inscription: DENAR BOLESŁAWA CHROBREGO (Denarius of Boleslaw I the Brave).”

Designer: Dominika Karpińska-Kopiec
At the bottom, on the left, in an isolated area in the form of a circle: an image of the Eagle established as the state emblem of the Republic of Poland, along the rim, an inscription: RZECZPOSPOLITA POLSKA (Republic of Poland), and following a separating dot, the notation of the year of issue: 2013, below the Eagle, an inscription: 5 ZŁ. Under the Eagle, on the right, the Mint’s mark: M/W. On the right, a stylised image of a fragment of the reverse of the denarius of Boleslaw I the Brave with an image of the Byzantine crosslet, and on the left – a vertical band with a decorative motif in the Roman style. 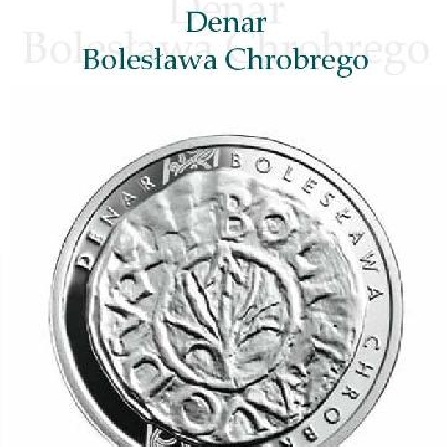 Until recently, it has been widely held that Mieszko I (approx. 960-992 AD) was the founder of the Polish coinage. But when it was proven that the coins with the name Misico had not been minted by Mieszko I, but by his grandson Mieszko II (approx. 1013-1025-1034 AD), it turned out that the first Polish ruler to have struck a coin was Bolesław Chrobry (Boleslaw I the Brave, 992-1025). Among the coins were long-known and extremely valuable coins with the symbolic portrait of the prince and the name of the town of Gniezno, (GNEZDVN CIVITAS - the borough of Gniezno) or with a depiction of a peacock and the oldest reference to the name of Poland (PRI NCES POLONIE − the ruler of Poland). Finally, recently discovered and still very rare denarii − dating back to ...