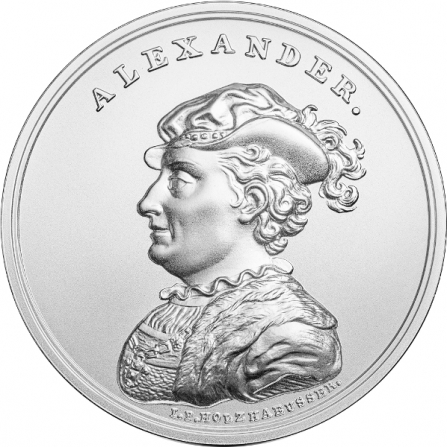 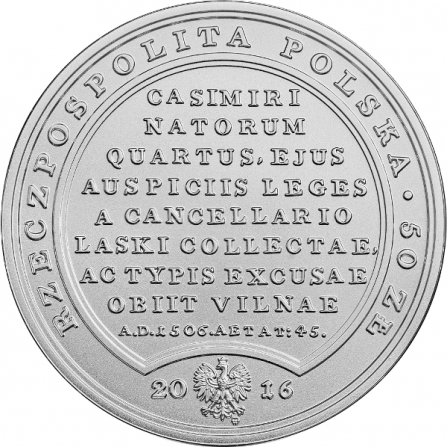 Subject: Treasures of King Stanislaw August
Face value: 50 pln
Alloy: 999/1000 Ag
Diameter: 45 mm
Weight: 62.2 g
Finish: standard
Mintage: 6000 pcs
On the edge: SKARBY STANISŁAWA AUGUSTA * ALEKSANDER JAGIELLOŃCZYK *
Additional: no
Date of issue: 2016-12-07
Issue price: 720 pln
The coin’s reverse depicts the king’s bust based on the medal, shown in profile facing left (modelled on a painting by Marcello Bacciarelli). The king is wearing a beret with an ostrich feather; he is dressed in a fur coat and a caftan underneath, over which the king is wearing a chain with a pendant. 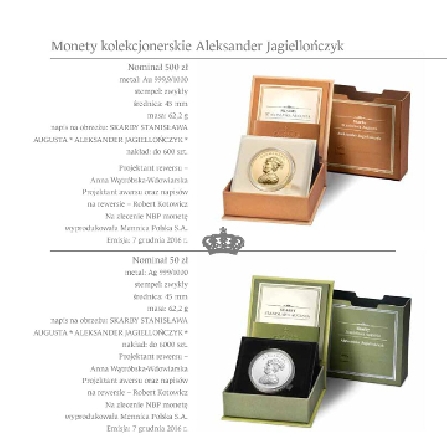