150th Anniversary of the Establishment of the Gymnastic Society Sokół 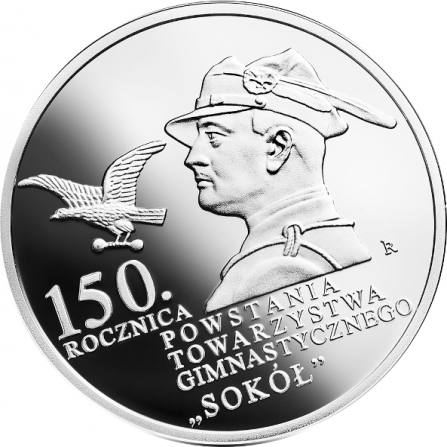 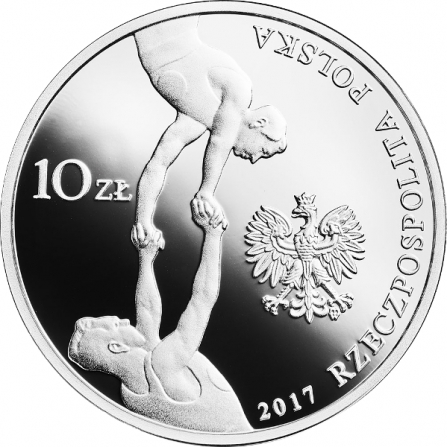 Subject: no
Face value: 10 pln
Alloy: 925/1000 Ag
Diameter: 32 mm
Weight: 14.14 g
Finish: proof
Mintage: 20000 pcs
On the edge: smooth
Additional: no
Date of issue: 2017-01-27
Issue price: 110 pln
The reverse of the coin commemorating the 150th anniversary of the establishment of the Polish Sokół movement features in its central part an image of a pre-war activist of the Gymnastic Society Sokół in Poland wearing a historical overcoat called “chimere”. It also features a falcon in flight carrying dumbbells, which is the most recognizable symbol of the organization, and an inscription commemorating this event.

Designer: Robert Kotowicz
The obverse of the silver coin features members of the Gymnastic Society Sokół during exercises, doing a so-called human pyramid. 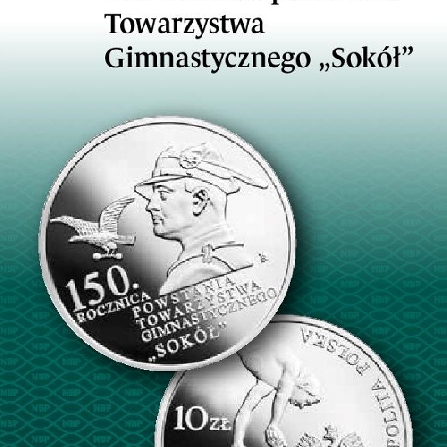 The Gymnastic Society Sokół (Falcon) is the oldest sports and educational organization in Poland. It has continued to carry on its activities since 7 February 1867, when the first Polish “nest” of Sokół was registered in Lvov. From the mid-1880s further nests of Sokół were formed, spreading over the area of all the three partitions of Poland.

The organization’s symbol is a falcon in flight holding dumbbells in its claws. Sokół is also associated with the rise of sports in Polish lands, including the first historical football match, played on 14 July 1894 in Lvov. From the start, however, the popularization of physical fitness was coupled with engagement in patriotic and pro-independence activity. This was manifested by the widespread participation ...