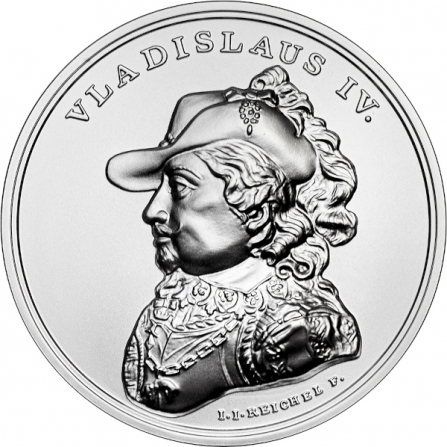 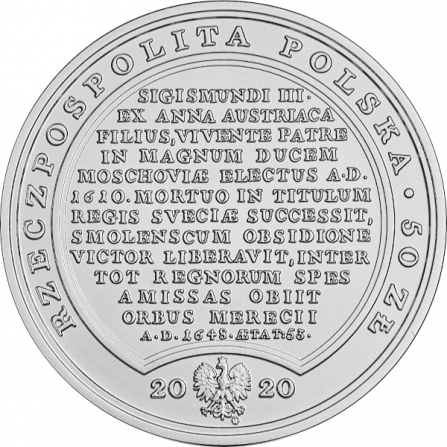 Subject: Treasures of King Stanislaw August
Face value: 50 pln
Alloy: 999/1000 Ag
Diameter: 45 mm
Weight: 62.2 g
Finish: standard
Mintage: 5000 pcs
On the edge: SKARBY STANISŁAWA AUGUSTA * WŁADYSŁAW IV *
Additional: no
Date of issue: 2020-12-03
Issue price: 750 pln
The reverse of the coin features the bust of the king, transferred from a medal (according to a painting by Marcello Bacciarelli) with the profile facing left, with a curled mustache and a small beard, with a wide-winged hat adorned with an ostrich feather and a jewel, with hair falling over his shoulders, in a cuirass and a caftan, in a lacy turndown collar, with a favour on the bow, or the “knot of love”, and with the Order of the Golden Fleece on a chain. 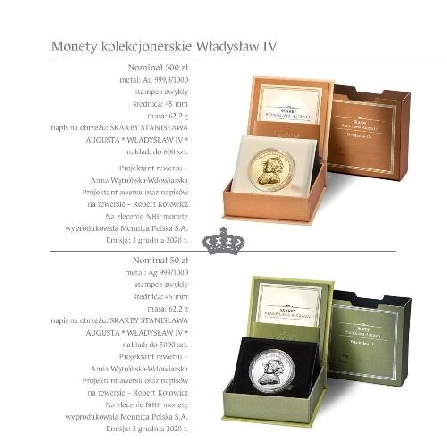